The Museum holds a collection of glass plate negatives that record the excavations carried out by Philip Corder and John Kirk in the late 1920s and early 1930s at Cawthorn Camps, Crambeck, Malton Fort and Langton Villa.

Although we can be fairly confident about which photographs belong to which sites, and a small number of them have appeared in publications, the lack of written documentation means that it is not always possible to say what feature a given photograph shows.

Another collection, this one of film negatives, records the excavations of the Roman vicus on the Orchard Field site in Malton between 1949 and 1952.  These photographs were taken by Raymond Hayes and although most of the negatives have been numbered, unfortunately we do not have a document listing the subject matter.

We include here a small selection of images from these archives. 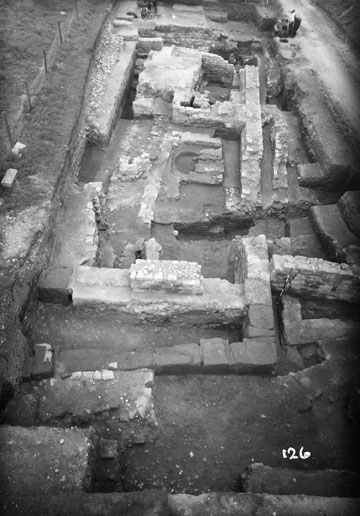 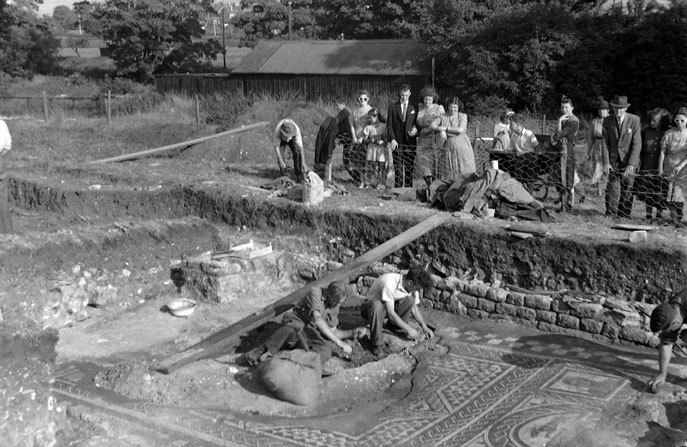 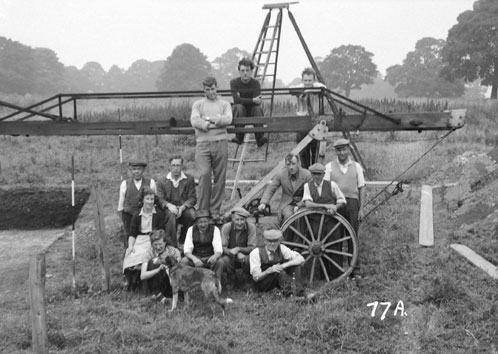 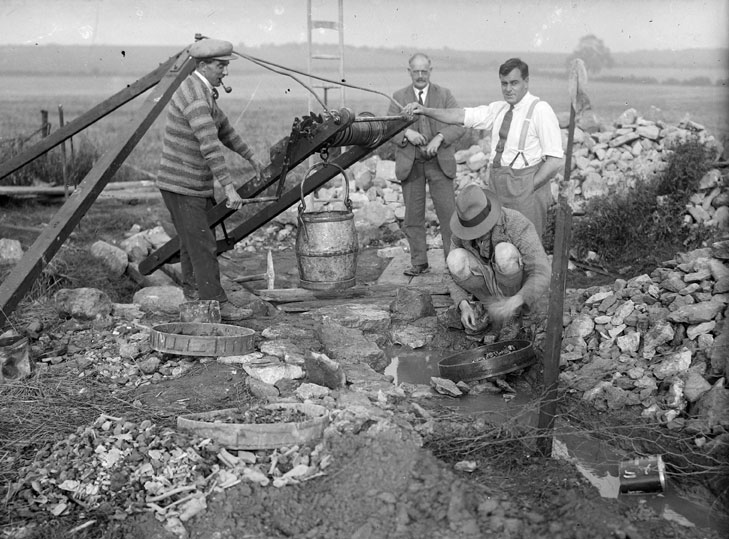 How high-level photographs were taken in the days before drones (or Health and Safety regulations)! 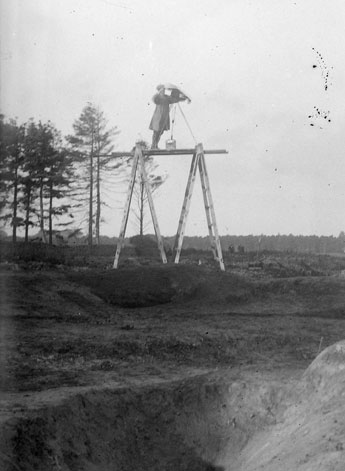 Excavations revealing the walls of (probably) the North-East gateway. 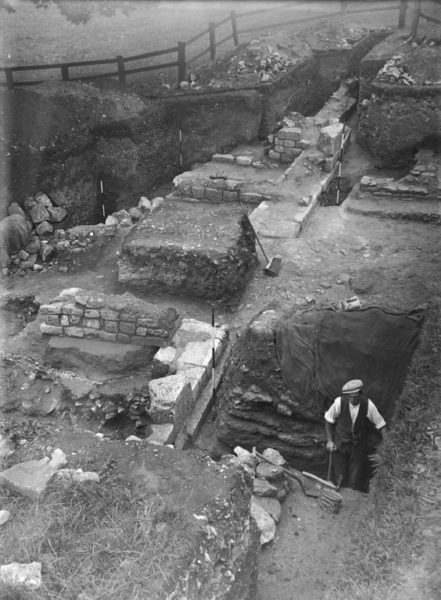 Investigating the stratigraphy in a deep, narrow trench - no shoring and no hard hat! 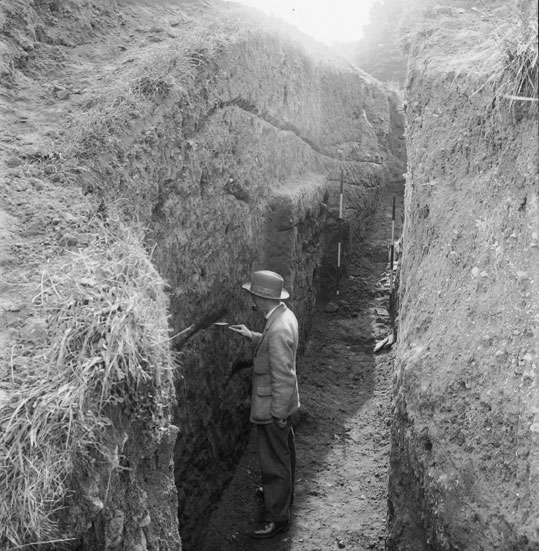 Small wagons on rails were used to move excavated material to the spoil heap; here one of the workmen is hitching a ride. 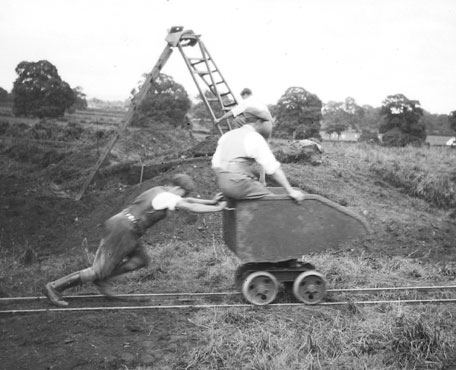 High-level overview of the villa excavations. 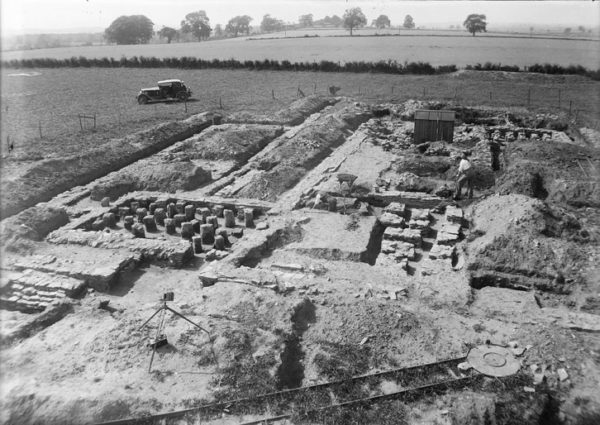 The foundations of one of the excavated buildings. 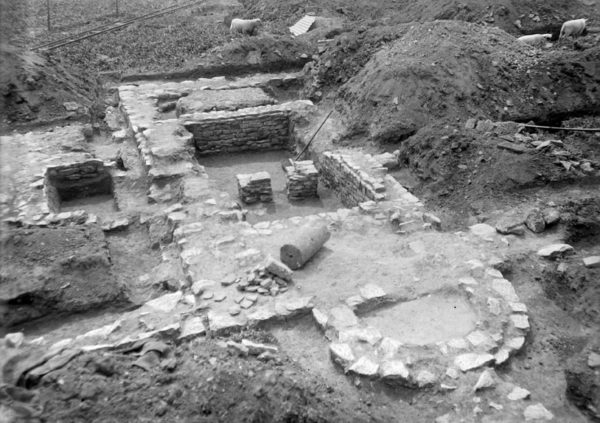 The apparatus used to winch excavated material up from the well. The man at the back wearing a jacket is John Kirk; the man on the right in shirtsleeves is Philip Corder. 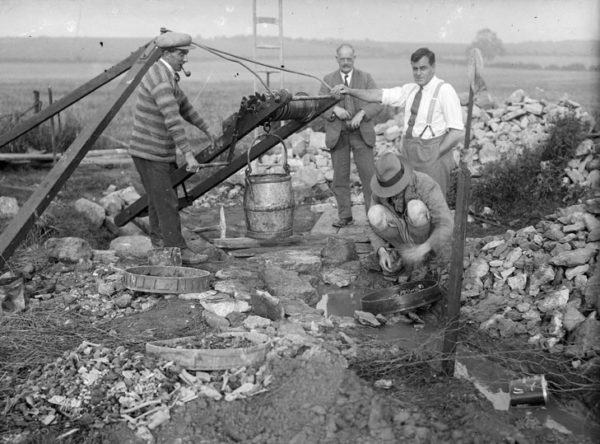 Members of the public look on as the Town House "Four Seasons" mosaic is uncovered. 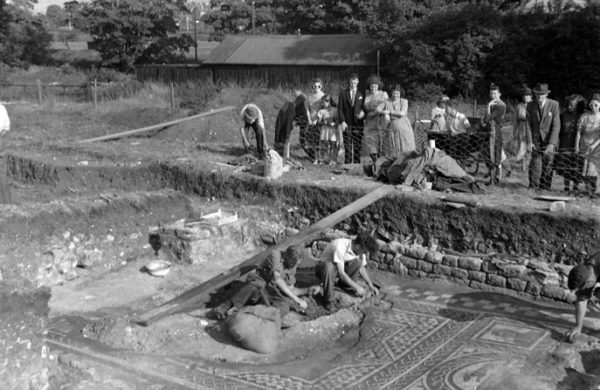 A high-level overview of part of the site.

The excavation team. The man at the top right (partially hidden) is thought to be Derek Smith, who directed the dig.