Anglians and Vikings
Although an Anglian (Saxon) settlement grew up to the east of the fort, at what is now Old Malton, the only object from it in the collection is a cruciform brooch; another similar one was found near the fort. A fragment of an 11th-century pottery vessel is evidence of the presence or influence of the Vikings who in the 8th to 9th centuries invaded the north, eventually settling there and becoming major landowners.

Medieval
Whilst Norton remained a small village, a new medieval town was planted in Malton – the collections include items revealing something of life in the town, its markets, churches and castle. Items from high status houses are fragments of pottery jugs, part of an aquamanile (used to pour water for washing hands before meals), and a metal candle stick. There is a small collection of objects, some beautifully enamelled, which were used to decorate horse harnesses. Other objects include fragments of a female pottery figure holding a small dish for salt and made in Saintonge in France,  and coins issued by medieval kings. 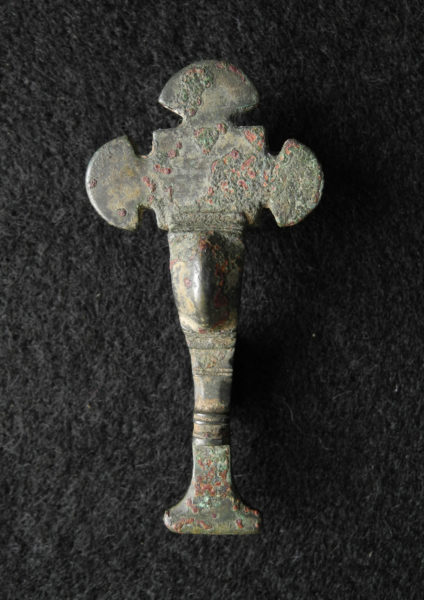 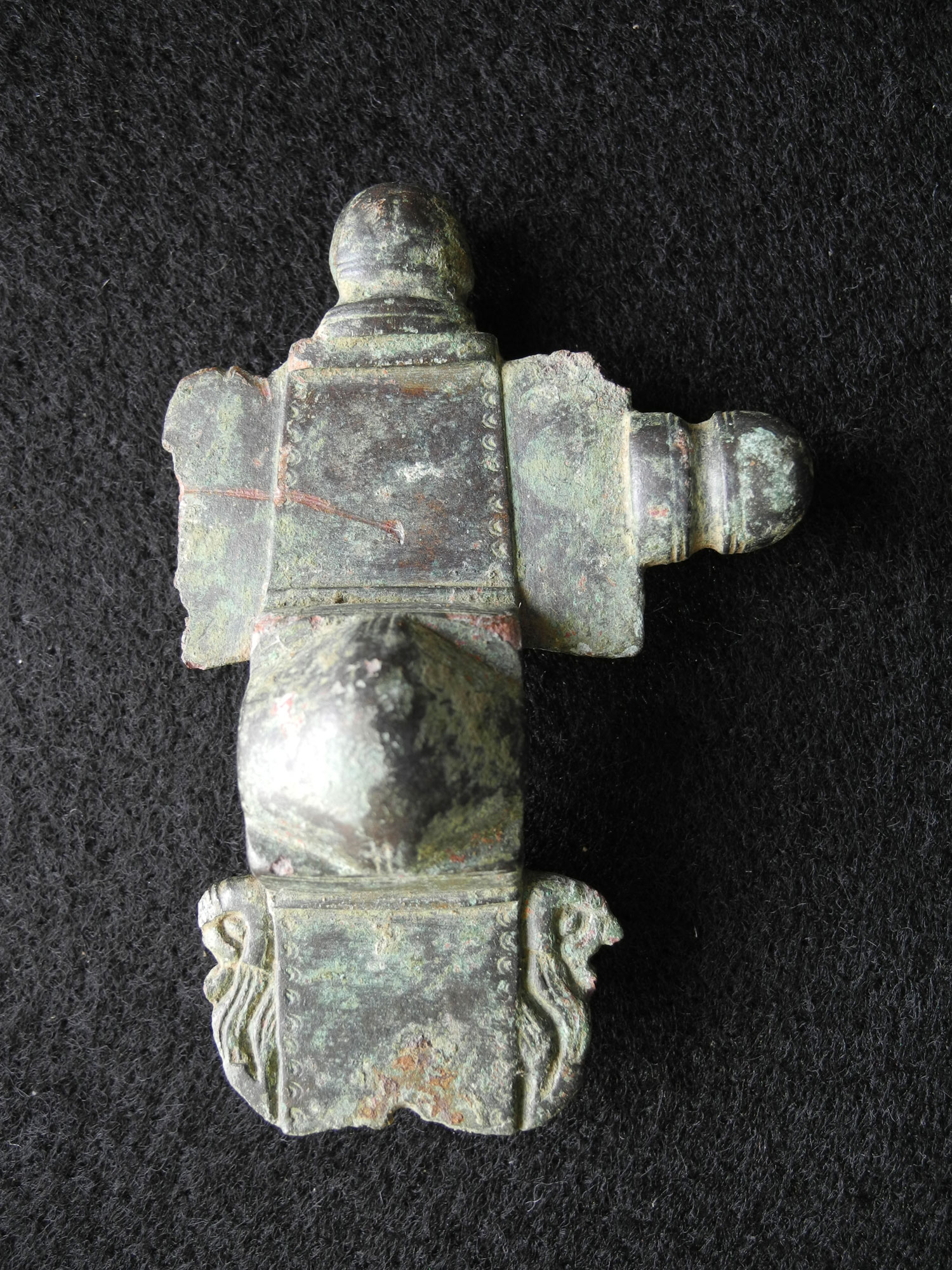 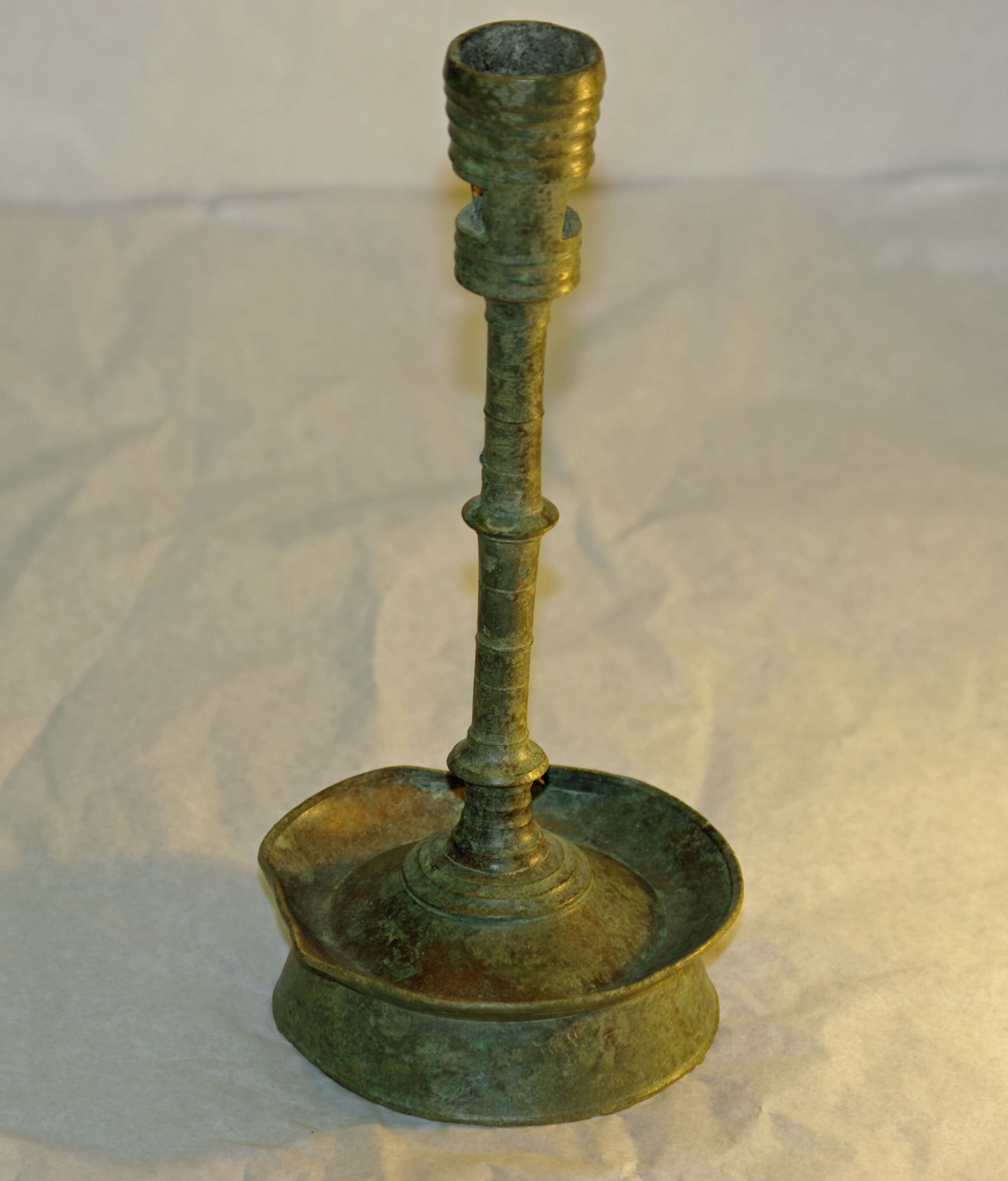 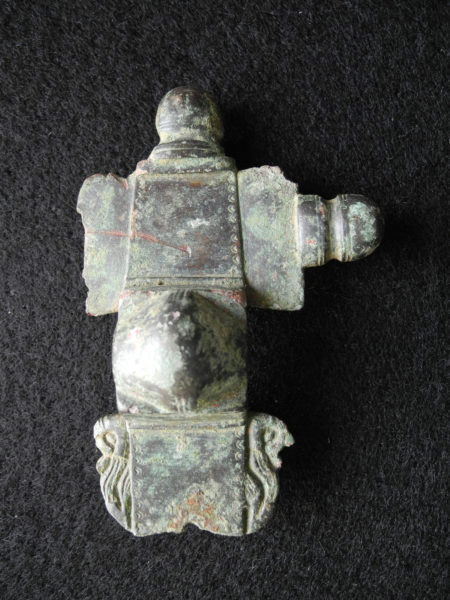 This late medieval copper alloy candlestick was found during excavations in Wheelgate. 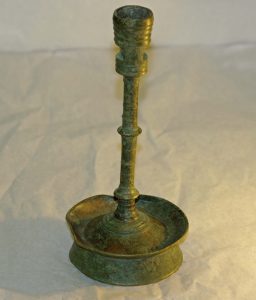